Zenan started using epoxy inks in 2008. The two part epoxy inks were bought from a company based in Germany and have an accelerator and a hardener. The durability of the inks are in excess of the standard lead based inks that have been used in the industry for almost 30 years. The new inks can last through almost 500 dish-washes and are totally biodegradable.

In 2010 Zenan introduced UV based organic inks and technology as a mainstay of their production. This new UV glassware printing technology was adopted after several months of research and development in their facility. These inks dry instantly, reducing the time to produce a finished piece from a few hours to a few minutes. Organic inks are the only solution to California’s proposition 65 and the recent introduction by Health Canada on the use of lead and cadmium based inks and paints for general consumer use.  An added advantage of using organic inks is that the glass is not thermally stressed. In the traditional method, 90% of the glasses were thermally stressed, thereby reducing the durability and longevity of the product. This doesn’t happen anymore. Zenan is the only company in Canada that guarantees toughened glass, whether it is heat treated or it is made out of titanium oxide.

“Zenan has invested over a million dollars in UV technology and we currently have 6 multi-colour UV machines in our plant.  We have also introduced organic decals which is another saving from the previous processes which traditionally emit a lot of toxins during manufacturing. In the last 4 years we are proud to announce that we have reduced our carbon footprint by over 50% from 2008 onwards”. 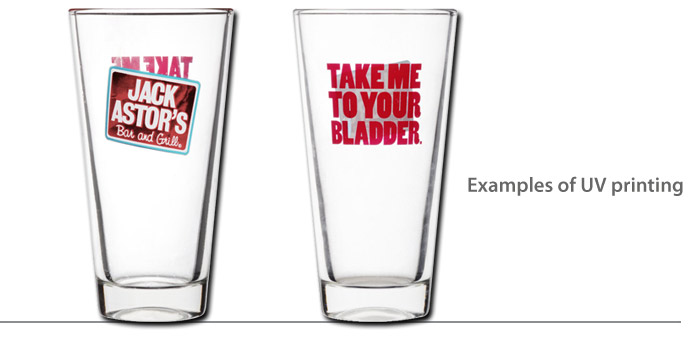